The dietitian brings a wealth of education and knowledge about the physiological causes and effects of malnutrition that are unique to dietitian training. Dietitians can identify when weight changes, up or down, are within normal limits, related to over or under-nutrition, or indicative of non-nutrition issues, such as kidney malfunction or hormone imbalance. 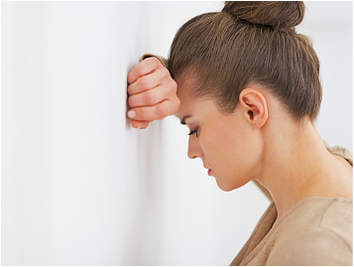 Often those with an eating disorder have grown so used to their symptoms that they are not reported, and the dietitian becomes like a detective, identifying symptoms based on intake and other reports. The dietitian works in conjunction with the GP to treat the effects of malnutrition, and when nutrition supplementation is prescribed, it is the dietitian who educates the patient on how to make changes so that the malnutrition does not continue.

The dietitian also follows up regularly to determine what barriers (whether external or internal), are getting in the way of making recommended or necessary changes, and the dietitian conveys any of these issues that are not nutrition-related to the other health professionals involved. When a patient is distracted from counselling issues by food and nutrition topics, the dietitian provides the crucial role of handling these topics so that the mental health professional can focus on the mental health arena.

Electrolytes are important for the cells in the body to function and allow the body to work. Electrolytes such as sodium and potassium are critical in allowing cells to generate energy, maintain the stability of their walls, and to function in general. They generate electricity, contract muscles, move water and fluids within the body, and participate in many other vital activities that help to keep us alive.

Electrolyte abnormalities are very typical in people with eating disorders. The most common types of electrolyte abnormalities are low sodium and low potassium levels. Low potassium occurs in those who are vomiting or abusing laxatives or diuretics, while low sodium is more likely to occur in those who drink excessive amounts of water either to satisfy hunger urges or to falsely elevate body weight prior to a medical visit. Water intoxication causing low sodium can cause seizures, coma and death. Both low potassium and low sodium levels can be corrected when closely monitored by medical professionals in a hospital setting.

Phosphorus is a very important mineral in the body. It is responsible for the formation of our bones and teeth. In addition, phosphorus helps with the metabolism of carbohydrates and fats. Phosphorus levels may be normal when a person first enters eating disorder treatment; however, levels can drop rapidly once the individual starts to increase food intake. Low phosphorus is one of the most important indicators that an individual has developed refeeding syndrome. It occurs most often when the patient increases food intake after a period of time of restricting calories and rapid weight loss. Refeeding syndrome can cause death if it is not recognised and treated properly.

As stated above, bone loss is a common nutritional deficiency with anorexia. When weight drops below a level that is healthy, females do not produce as much oestrogen. When oestrogen production decreases or stops, amenorrhea can occur, which is the absence of the menstrual cycle. Low oestrogen levels contribute to significant losses in bone density.

A dietitian can help people with eating disorders by coaching and encouraging weight gain in a safe environment. Usually people with anorexia nervosa are terrified of gaining weight. A dietitian trained in the treatment of people with eating disorders can be sensitive to the emotional difficulty of gaining weight. In addition, people with anorexia with low body weight need to gain weight slowly, to avoid refeeding syndrome (as referenced above). It is very dangerous for someone with anorexia to gain weight on their own, without the expertise of a dietitian and a medical doctor. A dietitian can prescribe the proper amount of calories and weight gain, in order to facilitate slow, controlled weight gain to prevent the complications of refeeding syndrome.

Electrolyte abnormalities are very common among people with bulimia since vomiting, using laxatives and diuretics, and overexercise all cause many abnormalities. A dietitian is helpful with people with bulimia by slowly encouraging the normalization of eating patterns. People with bulimia are usually on a binge/purge/restrict cycle of eating. Often they have lost touch of their true hunger and fullness cues. A dietitian will work with a client on helping them identify their hunger and fullness cues, as well as teaching them what a healthy portion would be for them.